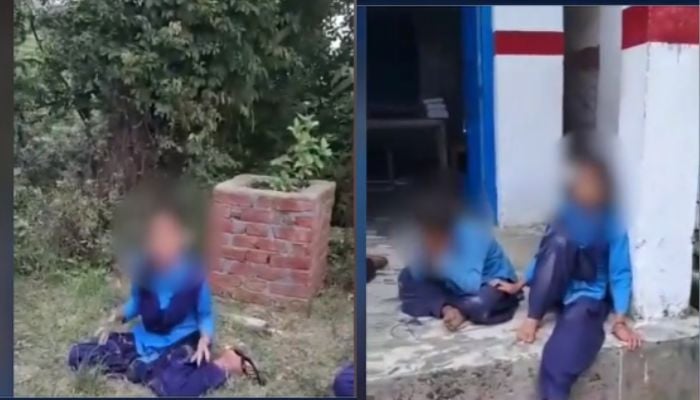 A shocking video of a bunch of students, mostly girls, crying and screaming for no apparent reason at a government school in India has gone viral.

In the Raikholi area of Bageshwar district, Uttarakhand, India, school girls can be seen sitting in the garden crying inconsolably. They bang their heads hinting at a case of mass hysteria.

The incident worried parents, teachers, and the school authorities. A team of medics visited the site of the incident to take control of the situation.

Headteacher of the school Vimla Devi told News18 that the first changes in behaviour were seen on Tuesday. On Thursday, the incident was repeated where the girls were trembling and screaming.

Devi said that they called the parents immediately and a local priest was also summoned after which the situation came under control.

What is mass hysteria?

Mass hysteria is when people collectively feel threatened by something real or imaginary and experience delusions as a result of fear.

Medically, it is defined as “an outbreak of unusual behaviours, thoughts, and feelings, or health symptoms shared among a group of people”, according to Healthline.

Currently, there is no treatment for the illness.