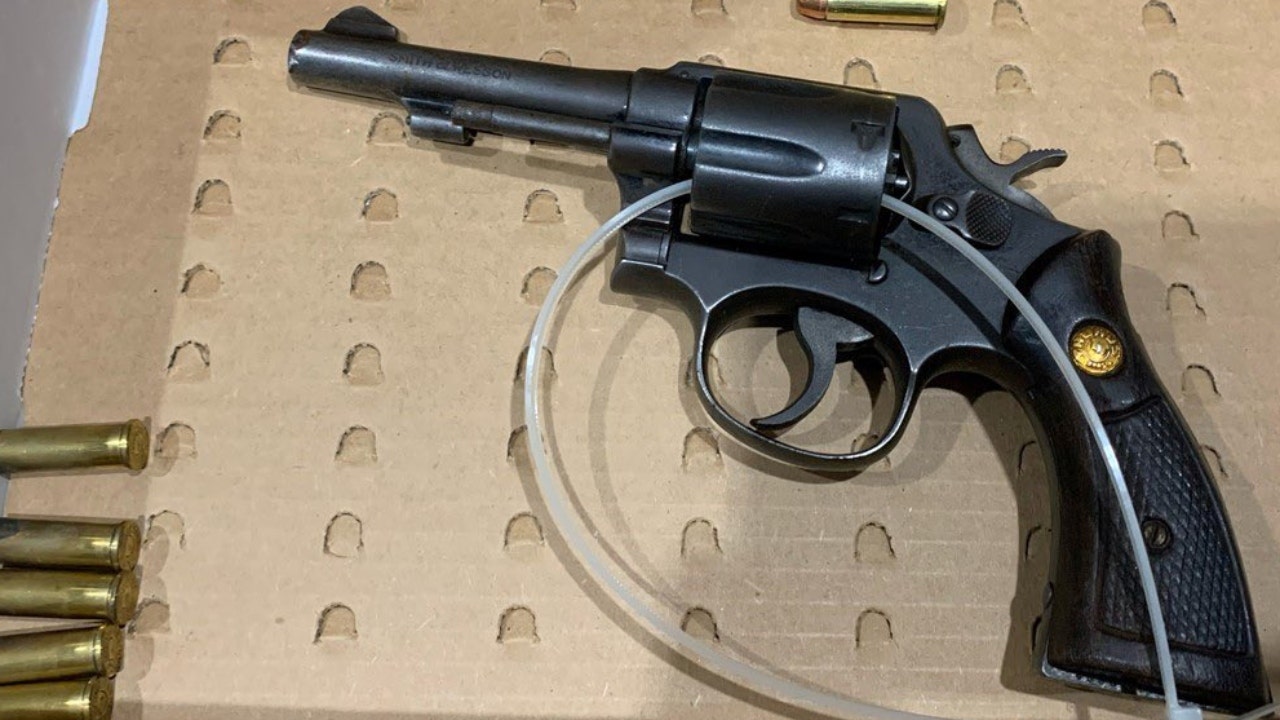 In a media briefing, NYPD Chief of Patrol Jeffrey Maddrey said that at approximately 11:35 p.m. ET members of the violent crime squad were at the area of 219th Street and 130th Avenue in Springfield Gardens, Queens.

The detectives were observing a party in the area, including approximately 75 to 100 attendees.

“And, they were observing this party because they believed that there was a potential to be violence involving some of the local street crews,” he explained.

A gun recovered at a Friday shooting in Queens, New York.
(NYPD/Twitter)

The plainclothes detectives were in an unmarked car when a group of unknown men entered the same intersection and pulled out at least three firearms.

They shot the guns into the vicinity of the party and the detectives – realizing that danger was imminent – exited their vehicle.

“Our detectives exchanged gunfire with the group of males and our detectives were able to apprehend three of the males,” Maddrey said.

All three of the men sustained gunshot wounds.

A gun from a Friday shooting in Queens, New York.
(NYPD/Twitter)

One of the shooters was transported to a local hospital in critical condition and the other two went to hospitals with non-life-threatening injuries.

Two of the men were known to the department with “past criminal justice encounters.”

None of the NYPD detectives were injured, but were taken to a local hospital to be checked out for tinnitus and other ailments.

A gun recovered at a Friday night shooting in Queens
(Credit: NYPD/Twitter)

Three firearms were recovered from the scene.

Maddrey told reporters that whether any of the recovered guns are “ghost guns” is “still being determined.”

Whether any civilians were hit in the incident also remains unknown.

“At this time, we don’t know and it’s still an ongoing investigation,” he said.

Julia Musto is a reporter for Fox News Digital. You can find her on Twitter at @JuliaElenaMusto.