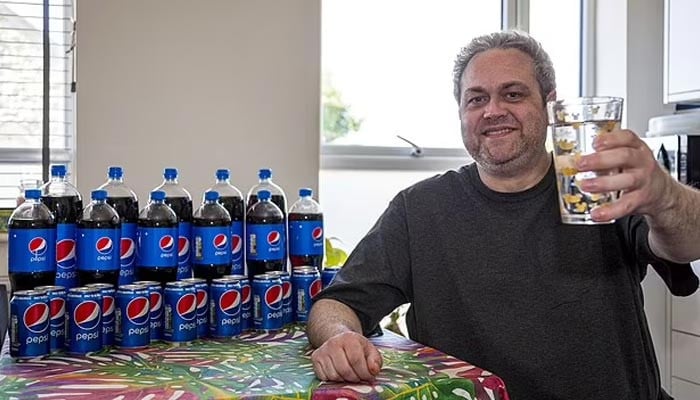 A supermarket worker, belonging to the United Kingdom, drank water after 20 years of surviving on Pepsi every day.

Andy Curie, 41, drank up to 10 litres of soft drink every day for 20 years straight. However, he claimed to have beaten this habit after being hypnotised, The Daily Mail reported.

The man said that he got addicted to drinking soft drinks when he was in his 20s.

“I work nights so always liked the sugar rush to keep me going. I’d go through four or five two-litre bottles of Pepsi every day,” said Currie. “Because I work at Tesco I could just buy it straight after work and take it home.”

However, Currie decided to end his habit when the doctors told him that he could get diabetes and thankfully, he got rid of it after seeing a hypnotist.

The hypnotist identified him as having an avoidant restrictive food intake disorder.