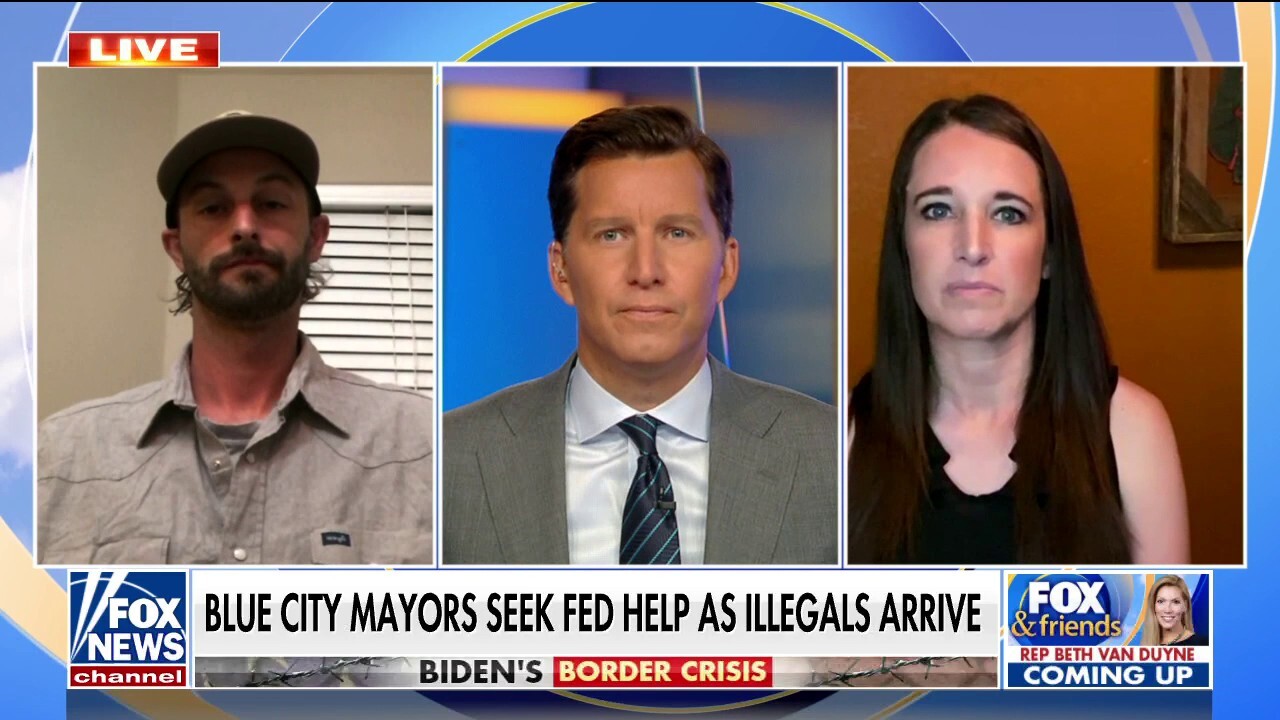 Two Texas ranchers expressed their support for Governor Abbott’s continuing busing of illegal immigrants to Washington D.C. in order to send a message to liberal lawmakers and help offset the burden facing Texans.

Ranch manager Noah Hudson and rancher Stephanie Crisp-Canales joined “Fox & Friends” to share how the border crisis has affected their ranches and livelihoods.

“He needs to keep doing it (sending migrants to D.C.) until something is done about this crisis,” said Hudson.

Texas is continuing its campaign to get the federal government’s attention as more illegal migrants arrive at the nation’s capital from Texas by bus.

Texas Gov. Greg Abbott blasted the Biden administration Tuesday on “Hannity” for refusing to handle the ongoing border crisis, saying, “This just shows the hypocrisy of these liberal leaders up in the northeast who think that border crisis created by Joe Biden, that is fine as long as it’s Texas that has to deal with it.”

In this Thursday, June 10, 2021, file photo, a pair of migrant families from Brazil pass through a gap in the border wall to reach the United States after crossing from Mexico to Yuma, Ariz., to seek asylum.
(AP Photo/Eugene Garcia, File)

Both Bowser and New York City Mayor Eric Adams have sounded the alarm about migrants being sent to their cities, with the city leaders blaming Arizona and Texas for the influx. Arizona has denied sending migrants to New York City.

Crisp-Canales said by sending migrants to D.C. and NYC, it gives a “small taste of what Texas has been dealing with since the Biden administration took office.”

“We get thousands and thousands every single day. So for them to get a couple of thousands in a six-week time span is nothing.”

Hudson said he was “shocked” by the reality of the border crisis when he moved to Texas from California within the past year.

“I had no idea what was going on down here until I actually got down here. And it’s taking away time and money from projects and other work on the ranch that we need to do. Just from the damage and destruction that is being caused by illegal immigrants coming through the property,” he said.

The damages include broken fences and water lines, breaking into houses and buildings on the ranch and dumping trash.

Crisp-Canales said she is “very hopeful” that change will come eventually as more and more migrants arrive in Democrat-run U.S. cities.

Elizabeth Heckman is a digital production assistant with Fox News.