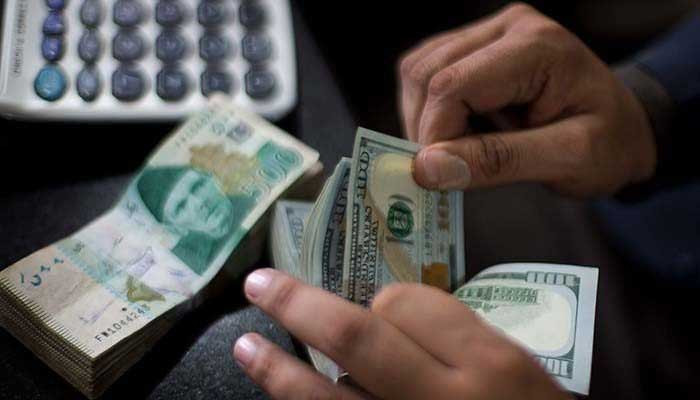 KARACHI: The rupee declined further in the interbank market amid a delay in the signing of the deal with the International Monetary Fund (IMF) and was traded at 210.19 on Monday during the intraday trade, according to the Tresmark.

According to currency dealers, the rupee is likely to trade on the back foot during the week unless Pakistan reaches deal with the International Monetary Fund (IMF) for the revival of a $6 billion financial package.

“It seems difficult to see a respite in the rupee unless positive news comes from the IMF,” said a foreign exchange trader.

“The line-up import payments and falling foreign exchange reserves amid falling reserves will put pressure on the rupee, forcing it to lose more ground against the dollar in the coming week. Any breakthrough on IMF talks is a sole remedy to protect the rupee from declining more,” he added.

The IMF officials are holding talks with Pakistan’s authorities and a breakthrough is likely to occur this week.

The steeper decline in the foreign currency reserves, delay in the IMF programme and the appreciation of the US dollar against major currencies led to the weakening of the rupee.

The central bank’s reserves dropped 2.6% to $8.99 billion as of June 10, covering 1.32 months of imports. The fast-eroding reserves have threatened to intensify the balance of payments crisis.

Risk assets like stocks and cryptos saw a sell-off than bonds and commodities. In currencies, many currencies like Yen, Indian Rupee, Baht, T Lira, Ringgit, Euro, GBP, CHF, B. Taka, etc made multi-decade or lifetime lows.

Pakistan’s currency is one of the worst performers in the world as it has depreciated by 14.57% against the dollar this year, the data compiled by Ismail Iqbal Securities showed.

It’s not the rupee that has tumbled and underperformed its regional peers and various global currencies, but other ones are taking a beat.

Pak rupee and the Japanese yen fell almost equally against the dollar this calendar year to date. The yen declined by 13.34%.

The local unit is one of the 15 currencies that have lost ground. The Sri Lankan rupee has been the worst-performing, plummeting 43.9%, with the Laotian Kip battering 24%, Turkish Lira 23.18%, and Ghana Cedi 22.33%, respectively, the data revealed.

Best hidden map feature that will save you money on gas