No physio, no coach, but Pakistan’s Shajar hoping for best | The Express Tribune 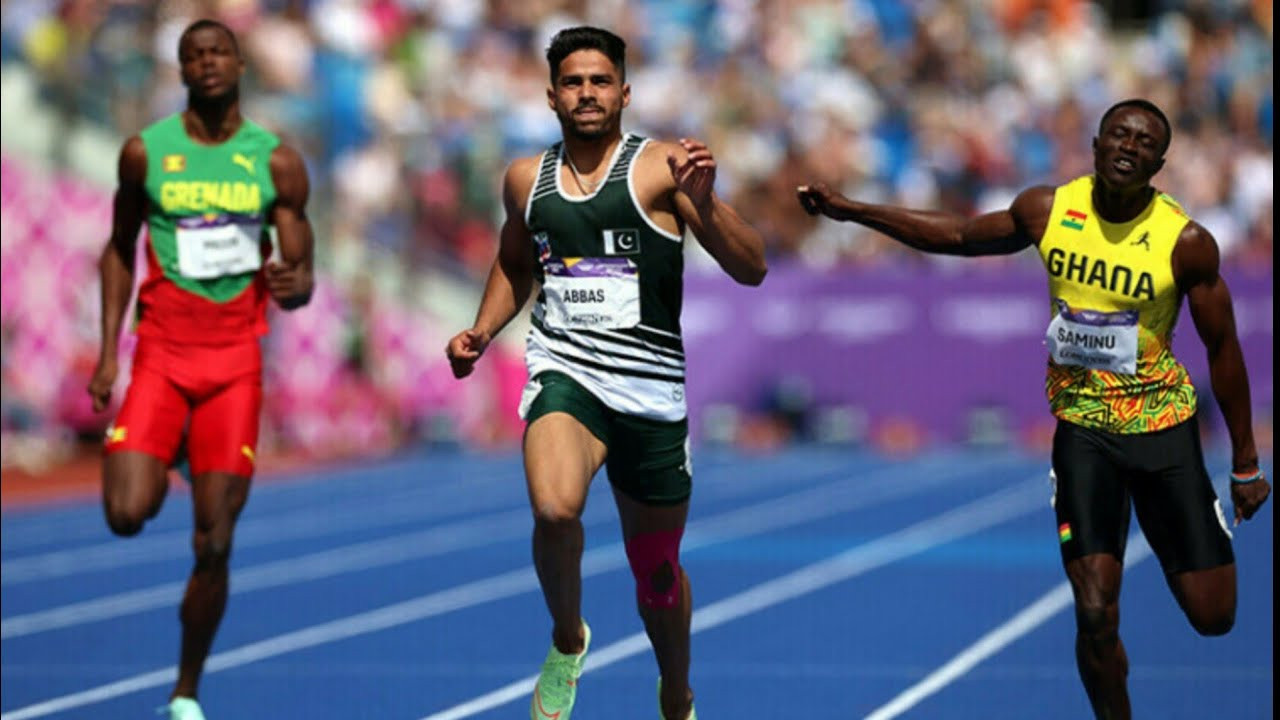 
“I was just waiting and praying that I make it into the finals,” sprinter Shajar Abbas reflected on the historic moment when he became the first athlete from Pakistan to ever qualify for the Commonwealth Games 200m final in Birmingham on Friday.

The 22-year-old wants to win the medal to have a fairytale ending to his campaign at the 2022 edition of the games, which is also his debut at the event.

He clocked 20.89 seconds in the 200m race in semi-final 1 of the event and by reaching the final, he broke the 52-year-old record that was set by Pakistani sprinter John Permal at the 1970 Games.

The boy from a village in Pattoki, however, has more realistic view of the situation. He is not promising a medal, only wishing for one, however he is adamant that he will not leave the track without doing his best.

“I am very happy about the semifinal results,” Shajar told The Express Tribune after his qualification to the final. “It was unbelievable. I ran the best I could, and then I was just waiting for the rest of the semi-finals to end. I felt still. I was sitting and looking at the board.”

Shajar had finished on the third place in his semifinals out of nine sprinters.

Shajar ran in the first semifinal of the three. The top two finishers from each semi-final qualified directly to the final while two fastest runners besides the top ones made it to the final.

At first, Shajar thought he was out, but his 20.89 seconds was just enough to sail him through.

This is Shajar’s third international event. Earlier he won a 200m gold medal in Mashhad Iran, and later two medals in Kazakhstan, a 100m gold medal and 200m bronze.

But being at the Commonwealth Games has been different. The top athlete in the qualifying round is England’s Zharnel Hughes with a time of 20.32 seconds.

“I am just glad because I was also the first athlete to make it to the semifinals at the Commonwealth Games and now to be in the final means I am good and I can improve,” said Shajar.

But his biggest drawback, he feels is to not have his coach with him. After the semi-final, he again talked about how not being with a coach affected him.

He earnestly appealed to the government and the sports bodies to let his coach be with him in the international events next time.

“I won, but I really missed my coach Rana Sajjad. I feel if he was here with me, my timing could have been better. He was with me in the previous events, but here things are different. I do feel that I needed a little bit more direction in training after the semi-final. I was really not sure so I was looking at the board, a coach helps in so many ways,” said the fastest man of Pakistan.

He was not happy with his performance at the 100m event either, but 200m is his favourite race.

“I just want to tell the government, and I am new so I don’t know many people, but those who are at the top positions to help me. My request is to send my coach with me the next time,” said Shajar.

He said that his coach talked to him after the semi-final and he was happy to see Shajar thrive in the games.

“He was very happy that his student, his player reached the final,” said Shajar.

Shajar wanted to be a cricketer but when his coach saw the speed he can muster during fast bowling, he suggested Shajar to pick athletics.

Shajar’s personal best has been 20.87 seconds, which he achieved in Almaty, Kazakhstan in June in his second international event. Shajar runs both 100m and 200m sprints.

Shajar said that one of the challenges he is facing is from the weather in Birmingham that is colder than that of Lahore.

“I really feel the weather is not helping me. I feel my body is not responding the way I want it to at time,” said Shajar.

“I don’t have a physiotherapist, so I came here to the therapist for our hockey team. Now they are helping me, so I am sitting here, waiting for this to get done,” said Shajar on the night of his semifinal as he started to recuperate for the final.

Shajar is confident but cautious. He is exceptionally talented but humble and he is asking for prayers from all of Pakistan.

“I will do my best in the final. I am going to give my 100 percent there. That is all I can do right now. I need all the prayers. My request is that please pray for me,” said Shajar as he looks forward to the final, a historic one for Pakistan now because of his incredible feat.