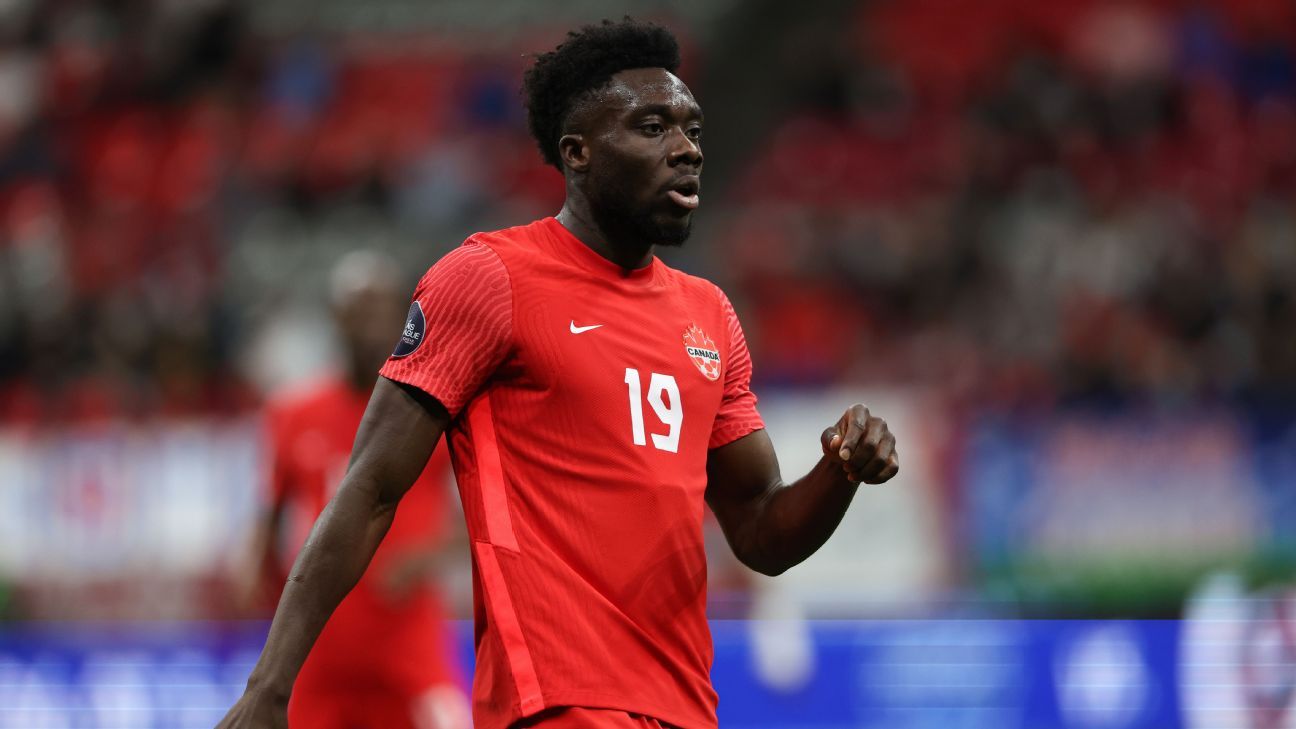 Bayern Munich and Canada star Alphonso Davies has said he plans to donate all of his World Cup earnings to charity.

Canada face a tricky task to get through its World Cup group after being drawn with Belgium, Croatia and Morocco.

The nation will take part in only its second World Cup tournament and Davies posted on his social media page that he wanted to give something back to Canada.

“Canada welcomed me and my family and gave us the opportunity for a better life,” he tweeted on Tuesday. “It enabled me to live my dreams.

“It’s a great honour to play for Canada and I want to give back, so I’ve decided that I will donate this year’s World Cup earnings to charity.”

Alphonso Davies is donating all of his World Cup earnings to charity ❤️ pic.twitter.com/xML4rmJqr0

It has been a difficult year for the defender after he missed the majority of last season after contracting COVID-19 during the Bundesliga’s winter break.

The 21-year-old returned to action for Bayern in April and last month told ESPN that he didn’t know if he could play again.

“That was very scary, especially [because] the doctors are saying that they don’t know how long I was supposed to be out,” Davies said. “I think that was the most scariest part.

“At that time I had doubts in my head, whether I’m still going to be able to play football, but everything worked out at the end. I’m happy and I’m grateful for the doctor taking such good care of me.

“I’m happy that I can be back on the pitch.”

Canada begins its World Cup campaign against Belgium on Nov. 23.