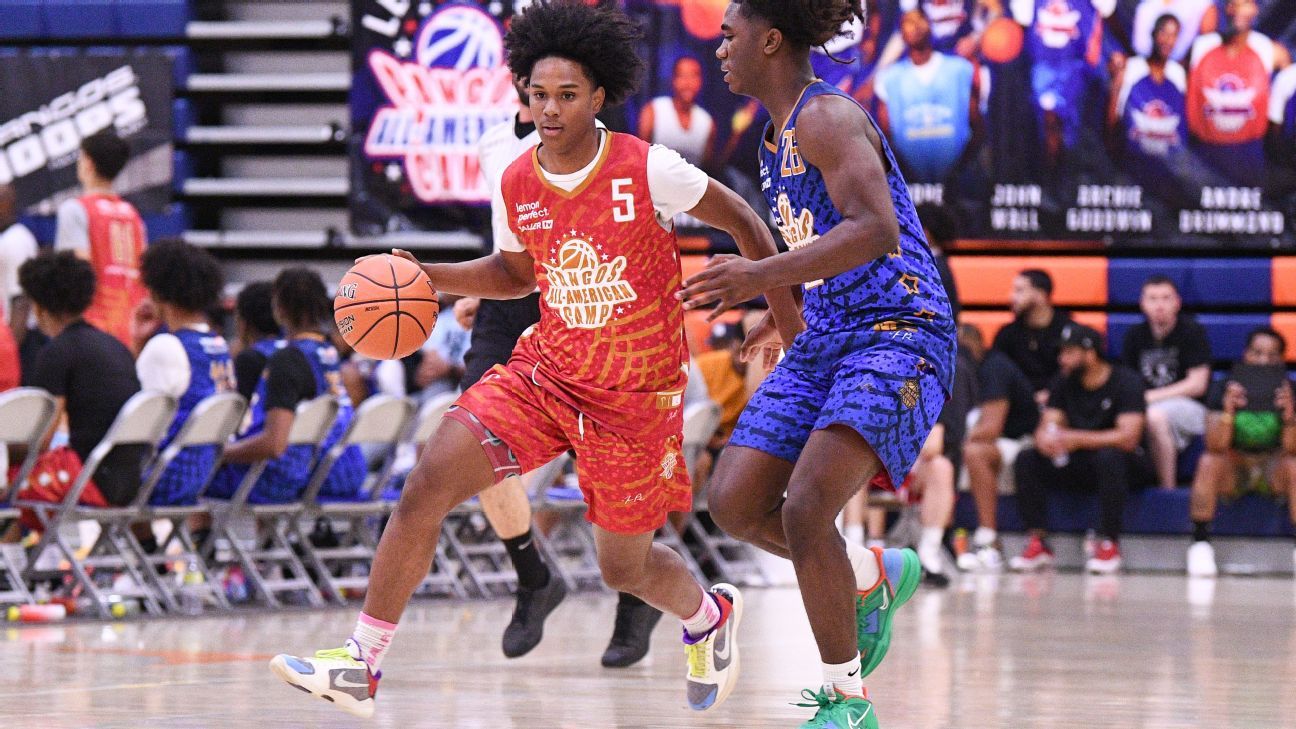 Holloway chose the Tigers over Tennessee, although Miami and Wake Forest also received visits from the North Carolina native.

“Auburn’s style of play was attractive,” Holloway said. “Auburn plays with freedom and at a fast pace. Coach [Bruce] Pearl told me not to look at him after a mistake. He wants you to play through your mistakes and move on to the next play.

“Once I cut my list down, I keyed in on my relationships with each school. Auburn felt right. It’s a great opportunity.”

“Coach Bruce Pearl is a players’ coach,” Holloway said. “He pushes you hard and he is honest with you. He explained to me that it’s up to me when I get there. His vision for me is to be the point guard, and to keep the focus on being a team player and on winning. He is a genuine and upbeat guy. He makes you want to play for something bigger than yourself. He is hard not to like. “

Ranked No. 26 in the ESPN 100 class — the No. 5 point guard in 2023 — the 6-foot-1 Holloway spent last season at La Lumiere (Indiana), but will play at Prolific Prep (California) as a senior. Playing for the CP3 All-Stars on the Nike EYBL circuit this spring and summer, he averaged 16.2 points, 3.9 rebounds and 5.0 assists — including a 19-point, 10-assist effort against No. 1 recruit D.J. Wagner and the NJ Scholars.

Holloway has become one of the better shot-makers in the class. He separates himself with his shot readiness and shooting range both off the dribble and in catch-and-shoot situations. He operates at a high level in ball-screen scenarios; when his defender goes under the screen, he will stop behind the action and knock down a jumper. When he turns the corner, he will read the help and find the open man. His handle is low and tight to get him into the paint. Despite his size, he has excellent instincts as a finisher at the rim. Holloway can also impact the game with his 3-point shot and playmaking.

He has drawn comparisons to former Auburn star Sharife Cooper, who was one of the most exciting players in the country two seasons ago. Coincidentally, Holloway is a huge fan of Cooper — as well as another electric guard.

Holloway is Auburn’s first commitment in the 2023 class, but he’ll be expected to replace Zep Jasper when he arrives on campus next season. Jasper started 32 games for the Tigers last season and is entering his fifth year of college basketball. Guards K.D. Johnson and Wendell Green will also be seniors by the time Holloway gets to college.