How the cost of living crisis is affecting families with allergies 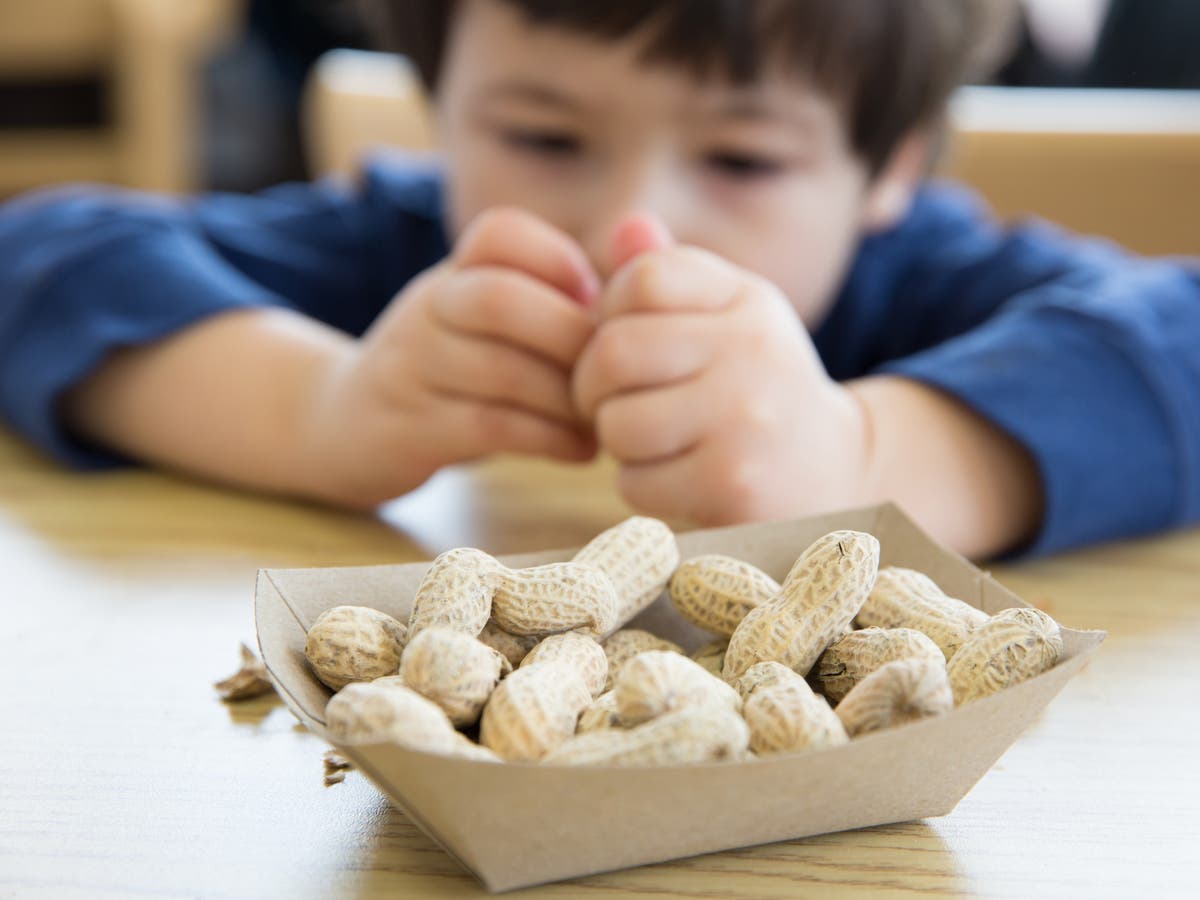 In 2020, Lucille Whiting’s young son Elijah suddenly went into anaphylactic shock after accidentally eating some crumbs of cake from the family fridge. Within minutes his body was covered in hives; he was slumped and gasping for air. The paramedics said the Epi-Pen that his parents administered saved his life as, without it, he would have been just minutes from death.

From that moment on, Whiting, 40, has understandably refused to keep any of Elijah’s allergens in the home in order to keep him safe. That means her family of seven now eat a diet free from dairy, egg, peanuts, tree nuts and sesame – and pay the price for it.

Every family in the country is feeling the pinch now as food prices rise, but for families with restricted diets the pressure on household budgets is even higher. Prices of products such as plant milks, non-dairy yoghurts and gluten-free breads are all rising faster than their mainstream alternatives. Families who have no choice but to buy these expensive swaps are finding their food bills becoming completely unaffordable.

Whiting says that, within a year, her family’s monthly food bill has gone up by £200. “One, we have allergies and, two, we have a big family, so we probably noticed the price increases before most people did. We noticed it creeping up over the last year, with prices gradually increasing. You can be paying up to £1.80 for a litre of oat milk. It’s extortionate compared to regular cow’s milk which you can buy everywhere. Allergy food is hideously expensive.”

Around 2.6m people in the UK live with food allergies. Allergies are most common in childhood, and affect up to 7 per cent of children. Research by The Allergy Team, an online community supporting families living with food allergies, found that costs for “free from” foods have increased faster than average in all major UK supermarkets, with high mark-ups on common products including alternative milks and bread.

At Tesco, the price of two pints of semi-skimmed cow’s milk rose from 80p to 99p between March 2021 and June 2022; the price of Alpro Junior Growing Up Soya Drink rose from £1.08 to £1.70 over the same period. Bfree gluten-free pittas increased in price from £2 to £2.75, while the cost of six plain white pittas stuck at just 45p. In Sainsbury’s the story is very similar: the cost of an ordinary white loaf has increased from 55p to 65p over that period, while a loaf of Genius gluten-free soft white bread has risen from £2 to £2.90.

The choice of options for allergy families is also shrinking as global disruptions to food production during the pandemic and due to Brexit have also led to a change in the ingredients of common products, or changes to the warnings about what those products “may contain”. Whiting says that there have been so many changes to labelling that her family has moved away from processed food entirely, further pushing up costs. “We make all our own cakes, biscuits and treats at home; 90 per cent of the time we cook everything from scratch,” she explains. “It’s absolutely phenomenal the number of people who still seem to be under the illusion that cooking from scratch is cheaper. It’s a third more expensive, and our gas and electricity bill went from £128 a month to £400 a month.”

Also feeling the pinch is Emily Frances Algar, 35, who lives with her mother and sister. All three are coeliac and therefore require all their food to be gluten-free. “We have found that no matter where we shop, keeping costs down is impossible,” she says. “We did a comparison [between shops] and the shopping came out at exactly the same price — the bread was the same price, and we’ve noticed everything gluten-free going up by at least 10p to 15p and there are now less offers available too.”

Algar says availability of gluten-free products has also become a problem, leaving the family faced with shopping at a range of stores to pick up the food they need. “I don’t think people understand. We can cut back [on some foods], but bread, pasta and flour are all basic staples and if you’re paying an extra £1 for those things there’s no real way around it.

“Everyone talks about the cost of living crisis, but if you’ve got intolerances or allergies that price has also gone up again. It was already expensive and now it’s worse.”

Families with allergies looking to make savings have limited choices they can make to switch products, particularly if parents are catering for children with allergies. Children who can’t tolerate cow’s milk – the most common childhood allergy – need to have substitutes such as soya, oat or coconut milks which are fortified with sufficient calcium and other nutrients to support their growth. For children with multiple allergies, this can be particularly tricky to manage, leaving only one choice of milk to purchase. Parents then have to swallow that cost, however high it goes.

“Children with delayed cow’s milk protein allergy can often react to soya too, and nutritionally that’s significant because it’s a good replacement for milk. And from a cost point of view, there are many more soya alternative products around that are cheaper,” explains NHS allergy dietician Dr Lisa Waddell.

“I’ve got a list of four nutrients I tell parents to look out for: calcium, iodine, and vitamins B2 and B12. Cow’s milk is rich in all of those, and they can be difficult to get from other foods. Trying to choose a milk alternative that’s got all four can be really difficult.”

Gluten-free breads are another stumbling block: many of the cheaper supermarket versions contain egg, which would be unsuitable for anybody with both wheat and egg allergies, meaning those families are still forced to pay a premium for branded “free from” products.

Dr Waddell says her patients are increasingly forced to spend time shopping at multiple supermarkets to obtain all the products they need at a cost they can manage, which itself comes with a cost in terms of time.

The Allergy Team began tracking the cost of allergy products in January after members of the community began writing in expressing their concern. A survey of 140 families carried out earlier this year found the cost of living was one of the key concerns.

Almost 70 per cent of respondents said they now shop at three or more supermarkets to find all the free from products they need, spending longer on the weekly or monthly shop than other families in their areas. Almost all (90 per cent) described food shopping as a negative experience, and that food allergies dictated where they shopped. One family admitted they had now been forced to “go without” some of the basics because the cost of allergy alternatives had risen so rapidly — a move which could risk their children’s health. Respondents described the experience of trying to feed their families as “a nightmare” and “a minefield”.

“When it’s hard to save on the basics and staples, it’s hard to get [the bill] down,” says Sarah Knight, founder of The Allergy Team and a parent of children with allergies. “The bald truth is I spent about £14 a week on dairy free milk and it’s really hard to rein it in.”

The Independent has contacted Sainsbury’s and Tesco for comment.