Mothers’ body image can affect how daughters view their own 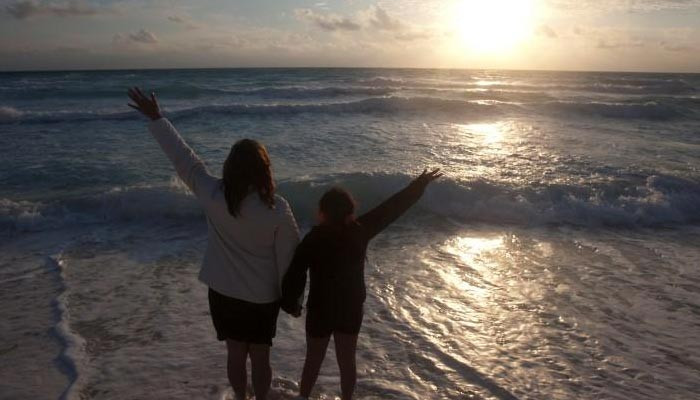 The study also found that mothers and daughters that follow feminist ideals feel more confident in their bodies than those who don’t ascribe to feminist ideals.

“I think one of the key takeaways of this study is the importance of focusing on moms as the agent of change,” said Analisa Arroyo, lead author of the study and an associate professor at the Franklin College of Arts and Sciences, in a media release.

“One way we can break the intergenerational cycle of negative body image is by empowering mothers to accept themselves and love their bodies, and that’s what we can teach our daughters.”

The researchers focused on feminist embodiment, which they define as females rejecting societal “norms” and expectations of body image and instead embracing the strengths and uniqueness of their natural bodies.

To conduct the study, the researchers surveyed 169 mother-daughter pairs, with mothers who grew up in the 70s and 80s — when the ideal body standard was being skinny and body positivity wasn’t a concept. The survey focused on mothers’ feminist values and their power as a woman.

The study proved that when daughters hear their mothers talk negatively about themselves, the daughters begin to feel negative about their own bodies.

“The mothers in our sample were likely taught that their bodies, which naturally could never meet those beauty ideals, are deficient and should be subjected to ongoing improvements,” the authors wrote.

Instead of promoting fake positivity about their body image, Arroyo says that mothers should be honest with their daughters about their struggles with body image but also push a more accepting narrative.

“What we think is that the mother-daughter relationship is one of the few times that this kind of body talk is OK because they have a history of sharing and caring that might be different from two strangers who typically engage in body talk to fit in,” Arroyo said. “Mothers and daughters are very important for one another.”