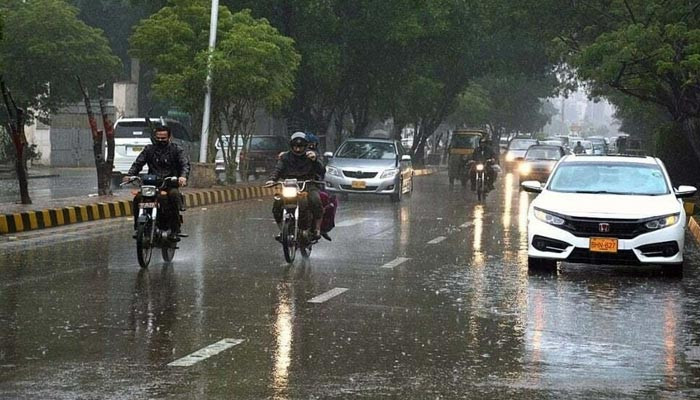 The deaths occurred during two separate incidents. According to sources, a wall collapsed in the city’s Millat Town, killing a boy and a girl, while two more people lost their lives in Chanesar Goth.

Heavy and light rain was seen across all areas of the city with the Pakistan Meteorological Department (PMD) saying that the rain will last for an hour at least.

The heavy rainfall resulted in the collapse of walls of cattle farms and sheds of several shops, while people commuting on motorcycles were injured due to accidents.

According to Met Office, the winds blew at a speed of 81 kilometres per hour. It added that areas surrounding Jinnah International Airport recorded 22mm of rain in one hour, 8mm at Pakistan Airforce Base Faisal, 6mm at Quaidabad, 3mm at Saadi Town and 2mm PAF Base Masroor.

“The traffic situation should be ensured on major roads,” he added.