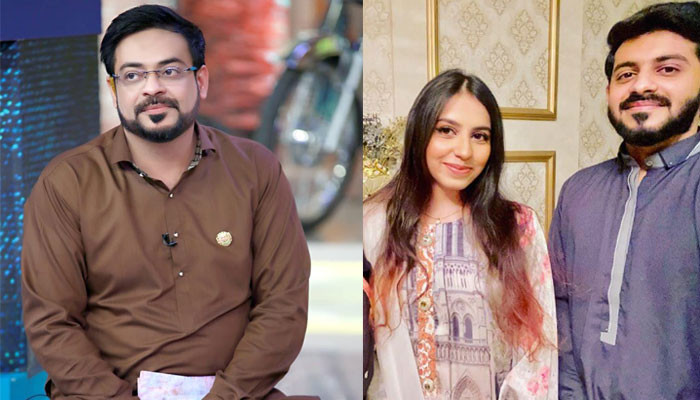 Sindh High Court (SHC) on Wednesday suspended the orders for the exhumation of famous televangelist Aamir Liaquat Hussain’s body for an autopsy to ascertain the cause of his death.

Deceased TV host’s children had approached the SHC against the orders issued by a judicial magistrate in Karachi.

The judicial magistrate (East) on Saturday approved a petition seeking the autopsy of the deceased anchorperson, who was found dead under mysterious circumstances at his residence earlier this month.

Hussain’s estranged family members, who came only for his last rites, decided to challenge the magistrate’s orders in the SHC.

During the hearing, petitioners’ counsel Zia Awan maintained that the judicial magistrate hastily issued the order over a random citizen’s plea seeking exhumation and postmortem while Hussain’s family was never in its favour.

“The plea was a publicity stunt over which the family’s stance wasn’t heard properly,” Awan stated.

Accepting the plea against the exhumation of Hussain’s body, the court issued stay against judicial magistrate’s order. It also issued notices to Abdul Ahad — the petitioner of the plea seeking an autopsy and other respondents of the case — directing the parties to submit their replies at the next hearing.

The exhumation was scheduled to take place tomorrow morning (June 23), a notification issued by the Sindh health department said on Tuesday. A six-member medical board has been formed for the autopsy. Police surgeon Dr Summaiya Syed will head the board.

Hussain’s first wife, Dr Bushra Iqbal has been opposing the postmortem since his death. Responding to the order, Bushra had raised several questions about performing an autopsy on Hussain.

She urged fans to be vocal in opposing the autopsy as it “is a painful procedure for dead people and Islam doesn’t allow it”.

The PTI dissident was found unconscious at his house situated in Khudadad Colony of the metropolis on June 9, according to his servant Javaid.

The 50-year-old was rushed to a hospital where he could not be resuscitated and was pronounced dead.

His death under mysterious circumstance came as a shock to the media industry and people vented anger at the social media trolls who had hounded the TV host for his botched third marriage.

The body of the PTI lawmaker was handed over to his family for burial only after Judicial Magistrate Naukar Abbas allowed it.

While police were insisting on conducting an autopsy to ascertain the cause of death, Hussain’s estranged family members, who came only for his last rites, insisted that a postmortem will delay the funeral.

The body was received by the late anchor’s son and last rites were conducted by Chippa. Hussain was laid to rest in a graveyard on the premises of the Abdullah Shah Ghazi shrine in Clifton.