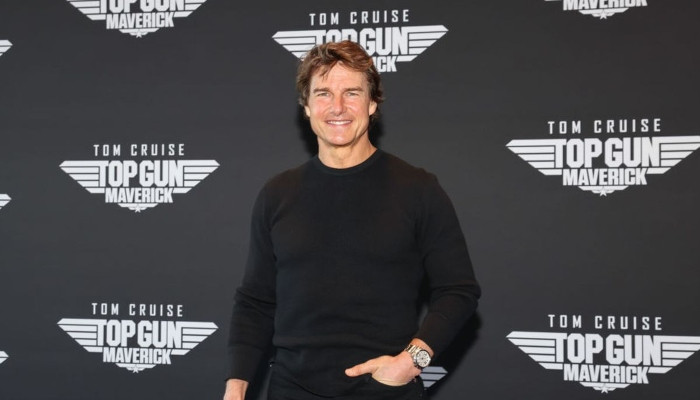 Cruise, who reprised his iconic role of the Navy pilot, Lt. Pete ‘Maverick’ Mitchell from the 1986 classic Top Gun, revealed his excitement to meet Korean fans as he arrived at the premiere with the film’s co-stars at Lotte Hotel Seoul.

“It’s been four years since I’ve been here. And I could just feel the energy. We were all connecting again and adding a level of joy, I felt very excited (to meet fans in Korea) and I also felt that from the crowd,” the star said during the press conference.

At the event, the Mission Impossible star, who turns 60 in two weeks, donned a dark navy blue polo shirt with black jeans and black boots.

He took to the stage with his co-actors including Miles Teller, Glen Powell, Jay Ellis and Greg Tarzan Davis, and the film’s producer, Jerry Bruckheimer.

Addressing to his Korean fans, the Edge of Tomorrow actor said that those who watched Top Gun as kids back in 1986 will fully enjoy the new sequel.

“Grown-up man, you can enjoy that film, and you can cry in that movie, and that‘s OK. It’s for you and it’s for everybody, so enjoy,” he added.