Nicola Peltz gushes over her wedding to Brooklyn Beckham 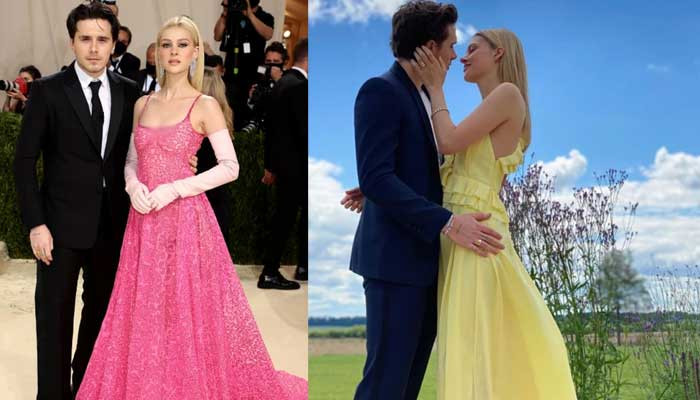 Nicola Peltz has gushed about how she was thrilled to tie the knot with her ‘best friend’ Brooklyn Beckham.

Reflecting on her picturesque wedding to Victoria and David Beckham’s elder son Brooklyn, the 27-year-old actress said: ‘I had the best day, I just kept thinking, I’m marrying my best friend and that’s all that matters,’ she revealed.

Nicola Peltz, in her interview with Tatler, admitted that Brooklyn is ‘in heaven’, saying: ‘Ever since the pandemic, all he’s wanted to talk about is being in the kitchen, so I just started filming him one day, I said, “This is what you love”,’ she explained.

Nicola revealed that her husband felt ‘a lot of pressure to please people with his career and he didn’t love it’.

Starring as the magazine’s August coverstar, Victoria Beckham’s daughter-in-law Peltz put on a sizzling display as she donned an array of glitzy attires for a photoshoot and spoke about her married bliss.

Brooklyn’s wife showed off her natural good looks as she posed in a vibrant orange fur cardigan draped off one shoulder. Another sensational shot saw the blonde bombshell stun in patterned leggings, a white and gold bodysuit and a glittering pink jacket with gold cuffs.

The stunner also put on an eye-popping display in a sensational pink jumpsuit with daring keyhole cut-outs and a gold chain halter-neck as she posed with a telephone.

Nicola admitted that Brooklyn has been getting plenty of career advice from her billionaire investment titan father Nelson Peltz.