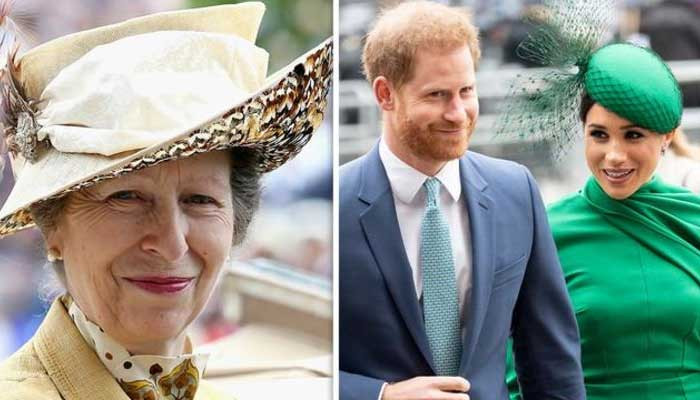 Meghan Markle, who’s living a life of  her choice with  Prince harry in the US,  once was given a very sage advise by  Princess Anne.

The former Suit’s star was advised to see royal life ‘as a job’ rather than an opportunity to seek fame, according to an expert.

Neil Sean has revealed details of an apparent meeting between Meghan Markle and the Princess Anne when the Duchess of Sussex joined the monarchy.

Prince Harry’s sweetheart “left the meeting dumbfounded” after the senior royal recommended seeing royal life “as a job” rather than an opportunity to seek fame.

The expert went on: “I thought the recent visit together with the Queen to the Thames Hospice was wonderful. But apparently Meghan left her meeting with Princess Anne dumbfounded.”

He added: “Princess Anne reiterated this mantra, she pointed out that it wasn’t a working monarchy, it was a job, you turn up on time, you do your research, and do the duty. It’s all about the project at hand.

“She also pointed out that whatever charities you are involved in you, you needed to get involved and get immersed.”

Sean suggested Meghan Markle “didn’t take a lot of this to heart,” adding that the Duchess “did not get too involved with the National Theatre” as a patron.”

The future of NFL betting: Why player props are expected to be king