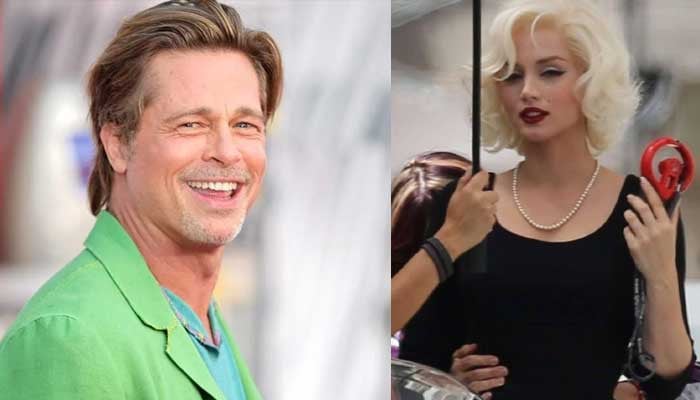 The Hollywood star, as a producer on the upcoming Marilyn Monroe film Blonde, credits the actress with helping the project move “across the finish line.”

“She is phenomenal in it,” Pitt tells ET’s Nischelle Turner. “That’s a tough dress to fill.”

Brad Pitt, in an interview, also gushed over another leading lady in his life on Monday night — daughter Shiloh, who recently made headlines for her impressive dance skills. “It brings a tear to the eye, yeah. She’s very beautiful. I don’t know where she got it from. I’m Mr. Two-Left-Feet here.”