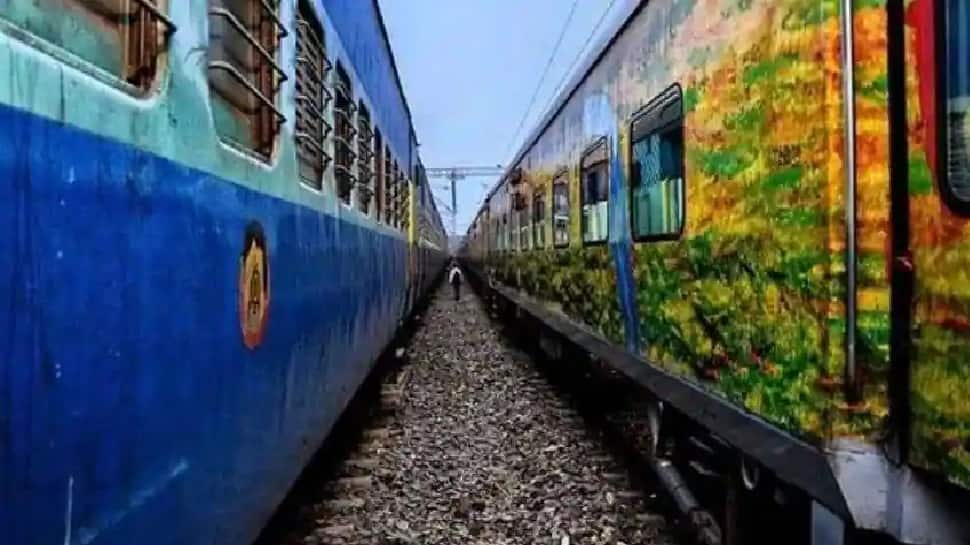 Indian Railway is one of the most preferred modes of transportation in India. With the fourth largest railway system in the world, Indian Railways also comes with a rich heritage making it stand out more than any other railway. Though there are many other aspects that make Indian Railways unique there’s one aspect that definitely makes it stand out and that’s the wide variety of train coaches with different patterns and colours.

Indian Railways have multiple coaches and each coach is adorned with different patterns and colours holding significant relevance.

Here’s what patterns and colours of Shatabdi express, Rajdhani express, Vande Bharat and many other train coaches mean:

Most of the passenger train coaches like the mail and express trains like Shatabdi express are usually coloured in blue and comes under the ICF coaches. These are also the earliest production units of independent India and are known as the entry-level coaches. ICF stands for the Integral Coach Factory which is located at Perambur near Chennai, where the designs of such trains were prepared. These coaches air brakes and the capacity to run at a speed between 70 to 140 kmph.

LHB coaches and their colours:

LHB Rajdhani express trains are by default red coloured trains and are operated to connect national capital with states across country.

LHB Shatabdi are coloured in light blue and grey from top and bottom. LBH Shatabdi is one of the fastest trains to cover short and medium distances.

Tejas Express is a semi-high speed full AC train with modern facilities painted in yellow and orange. This express train is similar to the LHB Chair car coaches but unlike others, here doors are fully automated and have CCTV facilities.

These are beautifully adorned in yellow and orange and are the most unique trains. The LHB Double Decker trains currently run on very selcted routes and have seating facility instead of sleeper to cover short distances.

The Duronto series of trains are used to cover long-distances and have characteristic vinyl wrapping of yellow-green livery instead of paint.

Also read: Telangana to get India’s next Vande Bharat train by Diwali 2022 with THESE facilities, details here

Just like Duronto Express train, LHB Humsafar trains are one of the most premium train services with all modern facilities like Tea/coffee vending machine, curtains, and special linen facility. It is a full AC 3 Tier train with vinly blue colour and irange and green at the bottom.

Gatimaan Express is the latest edition to the Indian Railways’ train fleet and are known for their high spped. The coaches are blue with grey at the bottom along with yellow stripes.

This train comes in purple colour with ultra-modern facilites with LED lights and bio-toilets.

Last but not the least, India awaits full commencement of this express trains are it will come with facilities like never before. From getting ‘First-in-India’ 180-degree rotating seats with enhanced safety and convenience for passengers, Vande Bharat will change the outlook of trains in India. It has white coaches with blue stripes.